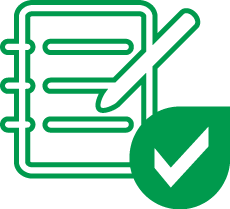 The Extractive Sector Transparency Measures Act (“ESTMA” or the “Act”) was enacted by the Government of Canada on December 16, 2014, and made effective for financial years beginning after June 1, 2015. The Act delivers on Canada’s international commitments to contribute to global efforts to increase transparency and deter corruption in the extractive sector by requiring extractive entities active in Canada to publicly disclose, on an annual basis, specific payments made to all governments in Canada and abroad. Payments made to Indigenous governments in Canada must begin to be reported as of June 1, 2017, following a two year deferral of this reporting requirement.

Payments in the ESTMA Report reflect gross payments made directly by Kelt Exploration Ltd. and its wholly owned subsidiary, Kelt Exploration (LNG) Ltd., and are reported in accordance with the requirements of the Act. Due to the Act’s definitions and reporting specifications, payments reflected in the ESTMA Report may differ from amounts reported by the Company in other public disclosure.